In recent weeks in our respective practices in the US and the UK, we have seen unprecedented client interest in the urgent response of policy makers to the economic crisis in support of employers and jobs.

This article briefly examines the UK’s Coronavirus Job Retention Scheme (CJRS) in comparison to the Paycheck Protection Program (PPP) in the US and considers emerging transatlantic trends.

CJRS: the UK borrows the concept of furlough leave from the US?

On March 20, shortly after the UK went into lockdown, Chancellor Robert Buckland announced unprecedented new measures promising to protect jobs. Under the CJRS, for the first time in history, the government offered to help pay wages, with any employer – regardless of size or sector – eligible to apply for a government grant (not a loan) to cover 80% of wages up to a maximum of £2,500 a month per employee in respect of any employees put on furlough leave. The employer has to use the grant to pay wages through their payroll.

Until then furlough leave was unheard of in the UK. The phrase was borrowed from the US, where instead of layoffs (i.e. terminations) it is common for employers to impose temporary unpaid leave. In the US, although furloughed employees typically continue to receive company-provided benefits, their entitlement to income will depend on their eligibility for unemployment benefits, so the UK’s version of furlough leave is not the same. The CARES Act, the $2 trillion federal stimulus package, provided for $600 per week per unemployed person in additional unemployment benefits.

Further, the United States passed the Families First Coronavirus Response Act (FFCRA), which is a paid sick leave law for employees who cannot get to work because of a COVID-19 qualifying reason. The FFCRA is not meant to prevent or address furloughs or terminations, but is for those employees who otherwise would have work to do, but cannot due to COVID-19.

The PPP in the US

In the United States, the PPP is one of the most important components of the CARES Act. The program provides forgivable loans to small businesses (generally less than 500 employees whose principal place of residence is the United States) in order to maintain payroll and keep workers employed at or near current wage levels. Businesses may also use a portion of the loans for certain rent, interest payments, and utilities. A portion or even all of the loan may be forgiven, depending upon the amount of eligible expenditures made within the eight-week period following loan funding, and subject to further requirements that the borrower maintains headcount and wage levels. As such, the PPP is not directly concerned with unpaid furlough leave.

Act in haste, repent at leisure?

The cost of these programs is eye-watering. Facing the worst crisis since the Second World War, the UK government has imposed no funding limit on the CJRS. The current official estimate is that around 30% of employees will be furloughed at net cost of £39 billion. Combined with a range of various other rapidly devised financial support schemes for business, including tax deferrals and relief, a separate income support scheme for the self-employed, and various loan schemes outside the scope of this article, the cost to the public finances will be enormous. The UK Office for Budget Responsibility currently forecasts overall direct impact on cash borrowing in 2020-21 of £103.7 billion. Although dwarfed by the US figure above, for the UK this is huge.

In normal times costs of this magnitude would be considered to be catastrophic, but with these measures rolled out at speed to support jobs and the economy during such a severe crisis, the hope is that greater economic damage has been prevented in the long term. Equally governments have expressed real concerns about the potential for abuse of these government schemes.

Recent developments in the PPP have left recipients of loan funds confused and concerned about eligibility requirements and the appropriateness of their receipt of funds. Specifically, PPP borrowers must make a good faith certification that the uncertainty of the current economic conditions makes their loan request necessary to support ongoing operations. Initially, it appeared that regulators were taking the position that most businesses would be eligible to make this certification if there was any good-faith showing that their business was negatively impacted due to COVID-19.

However, when the program quickly exhausted allocated funding and many small businesses could not obtain loans, the public outcry against large companies such as Shake Shack began. This outcry came despite the fact that Shake Shack’s use of the program appeared to be entirely within the spirit of the CARES Act, which provided a special rule for the hard-hit hotel and restaurant sectors allowing businesses in those sectors to count employees on a location-by-location basis. Treasury Secretary Mnuchin and various elected officials stated publicly that the program was not intended to benefit companies with access to public markets, ability to access other credit, and with adequate reserves of cash on hand. Businesses were warned of audits and potential criminal liability, and given until May 7 (later extended to May 14) to return the funds without penalty. In addition, businesses receiving over $2 million in loan funding would automatically be audited by the SBA. Some critics suggested that federal officials were seeking to rewrite the CARES Act after the fact.

The US Treasury has issued limited guidance thus far, and businesses remain concerned. Specifically, FAQs #31, 37, and 43 on the Treasury Department website is the only formal guidance currently available (found here). On May 5, the Treasury Department’s update (FAQ #43) indicated that further guidance on how it would review the PPP certifications would be forthcoming prior to May 14.

Going back to the UK, we have also seen widespread confusion about the CJRS, including on where to draw the line between proper, improper and fraudulent use by employers. The legislation is brief and simply refers to employees who have been instructed by their employer by reason of circumstances arising as a result of coronavirus to cease all work in relation to their employment. The guidance indicates that work includes generating revenue and providing services.

In practice we have seen numerous questions on how strictly interpreted the principle that furloughed employees cannot work at all will be applied. Presumably it is not going to be an issue if, for example, a furloughed employee logs into their email account for news from their employer, or takes a call from a colleague still working with a need to know work related question. HMRC (the UK’s equivalent of the IRS, which administers CJRS grants to employers) is not expected to try to catch good faith employers out on innocent technicalities during these exceptional times, but the flexibility of the CJRS is such that there is bound to be a small minority of rogue employers who take improper advantage of it. Repayment claims are likely to be the least of their problems.

In the UK there have also been concerns regarding the use of the CJRS by particularly profitable or high profile employers. For example, the announcement of Premier League leaders (and American owned) Liverpool Football Club that they were putting some 200 non-playing staff on furlough leave rapidly turned into a PR disaster, resulting in a U-turn and public apology. This is despite the fact that there does not appear to have been any legal reason why the club should not have used the scheme to help pay the wages of their lower earning staff, and the impact of the crisis on the club both on and off the pitch is plain to see.

All in it together

The Liverpool episode illustrates that on both sides of the Atlantic, responsible businesses need to take real care to send the message “we’re all in this together”. The scope for problems is obvious if employers furlough lower paid staff or cut their hours and pay without looking at cost reductions in the round, for example by adjusting executive bonus plans or deferring dividend distributions.

In the United States, PPP participants should remember that reductions in headcount or wages may result in forgivable expenses being reduced and should carefully assess the relevant figures early and often.  Recipients of PPP loan funds should also carefully evaluate the proper use of loan proceeds in order to avoid scrutiny and achieve maximum forgiveness. Those seeking to engage in strategic efforts such as accelerating bonuses or employee benefits should be cautious given that additional Treasury guidance has been forthcoming on an almost daily basis with no clear end in sight.

Please contact Will, Perry, or your HSB attorney with any questions or comments. 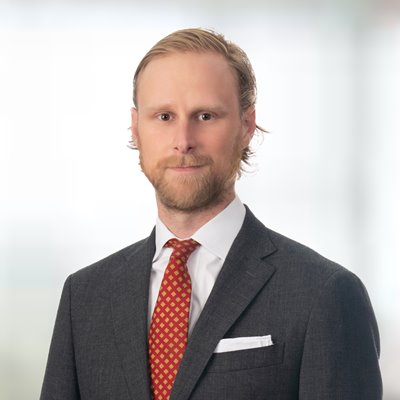